What is dyspepsia and what are the related symptoms?

Dyspepsia includes a combination of symptoms that affect mainly the upper abdomen, often also described as “indigestion”. This includes upper abdominal discomfort or pain, nausea, burning, bloating and belching, and decreased appetite. It occurs in 20 % of people and can have a significant impact on quality of life. It is important to separate dyspepsia from symptoms related to gatsro-oesophageal reflux disease.

Dyspepsia can be caused by an imbalance of acid production and the stomach’s defence mechanisms to acid, resulting in inflammation of the stomach lining (gastritis). Two key factors which can disrupt this balance include infection with Helicobacter pylori (H. pylori) and use of certain medicines such as Aspirin, Ibuprofen or Naproxen. In some cases, no evidence of structural disease to explain the symptoms can be found (so-called functional dyspepsia), which can occur due to factors such as increased nerve sensitivity, altered motility of the stomach or possible imbalance of intestinal bacteria. 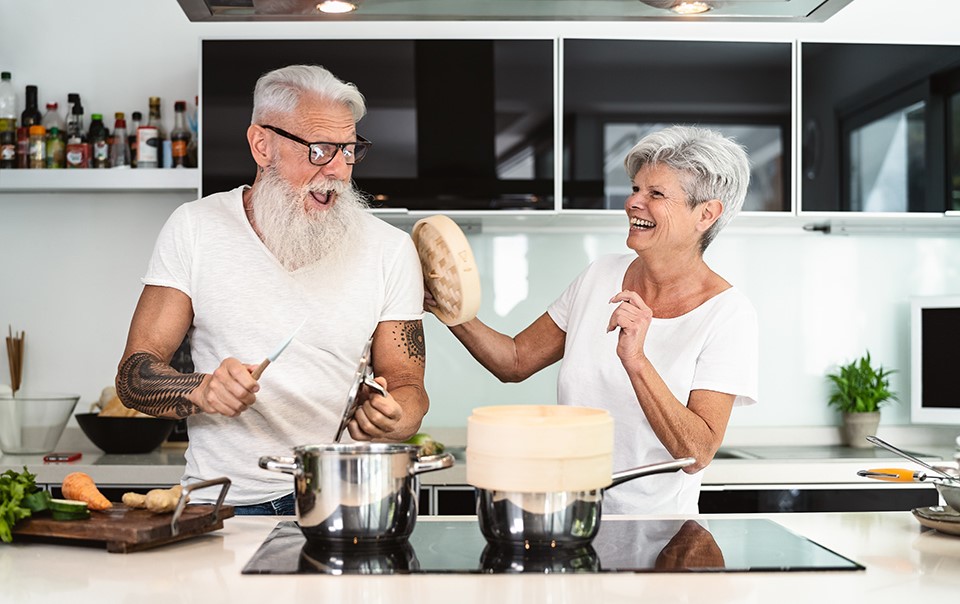 What are the complications of dyspepsia?

Dyspepsia in itself often does not result in complications, especially in case of functional or “non-ulcer” dyspepsia. However, the symptoms can affect appetite, which could result in weight loss. If the symptoms are due to inflammation of the stomach, there is a risk that inflammatory changes can lead to the development of ulcers either in the stomach or the first part of the small bowel (duodenum). This can then result not only in pain (often leading to even more intake of the painkillers initially causing the problem) or even bleeding which represents a serious condition and has often to be treated in hospital. Longstanding inflammation, particularly in the context of infection with Helicobacter pylori, can predispose to the development of cancer.

How is dyspepsia treated?

Dietary adjustments are often helpful, as well as review of medications which might be contributing to the symptoms and assessment for the presence of risk factors. Medical treatment is most commonly in the form of an acid blocker (proton pump inhibitor, PPI) such as Omeprazole. Where a specific cause is identified, this should be treated.

What tests are needed in case of dyspepsia?

Often initially lifestyle advice, review of medications, non-invasive Helicobacter pylori testing and medical treatment is all that is needed to resolve symptoms. If there is no adequate treatment response, or in the presence of any symptoms of particular concern, then endoscopic assessment of the stomach and duodenum (oesophago-gastro-duodenoscopy, OGD) may be required.

What is H. pylori infection and where does it come from?

H. pylori is a bacteria that has been with us since mankind existed. It is assumed that about half of the world population is infected. Most people who carry the infection will never experience any symptoms despite the chronic stomach inflammation that is always caused by the bacteria. If symptoms occur, they usually don’t develop prior to the third decade of life, but can start at any time after this. Infection usually occurs in infanthood when the immune system is still not mature enough to repel the infection. Infection in adults is extremely rare and usually indicates some kind of problem with the immune system. When successfully treated, re-infection is very rare. 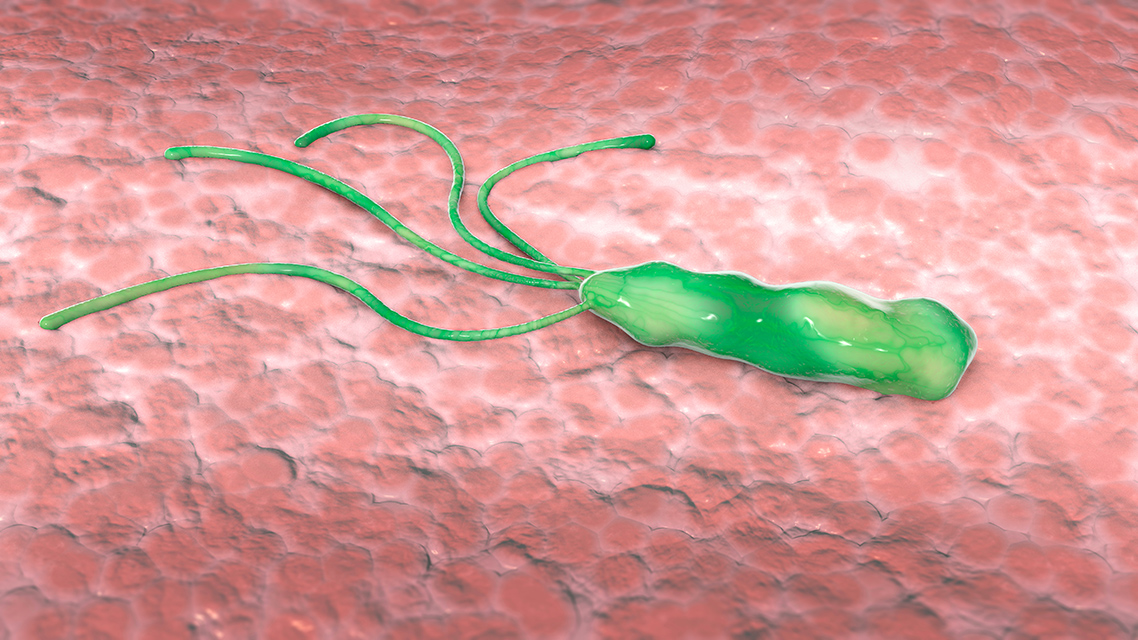 How is H. pylori infection treated?

Treatment consists usually of a course (7-14 days) of two antibiotics and one PPI, all taken twice daily. Due to the increasing use of antibiotics in general there are more problems with resistance of these bacteria to the substances used and treatment failure can occur in up to 20%. Hence, it is important to confirm successful eradication of the infection 4-6 weeks after completion of treatment (by a breath test or stool test). There are second line options for treatment, but sometimes the infection can be quite stubborn. If second line treatment fails, then a gastroscopy (OGD) is required to obtain samples for culture of the bacteria. This will allow then resistance testing and individually tailored treatment.

What are the complications of H. pylori infection?